Inspiration does come from anywhere, doesn’t it?

For a little background, when i was a little kid i lived in a neighbourhood where there were few people who suffered mental illness and there was a man who used to be a successfull lawyer but then after a monetery crisis in my country (Indonesia), he got depressed and used to shouting and insulting everyone in the neighbourhood including my family who lived across from his house. However, despite his behaviour he still showed his kindness toward my dog. Which is kind of interesting to see him slowly petting my dog while insulting another human being.

So, i think unconsciously that experience stay in my mind until this moment of time. Which inspire me to create a short story about an old man who can be seen out in the street shouting indistinctly and live with a dog.

“The great thing about writing your own stuff is, if you’re bad at doing shadows you never do a story at night…if i’m bad at drawing spaceships, why would i write a story about spaceships? Once you write, you can play to the strengths of what you do artistically.” – Todd McFarlane on his interview with Mark Salisbury on ‘Writers on Comics Scripwriting’

Todd McFarlane’s point of view about writing really inspire me as i know that i still lacking on writing and to come up with a good story for my comics. So after that i decided to create a story that involve the character above and music; which is one of the things in this world that i like. 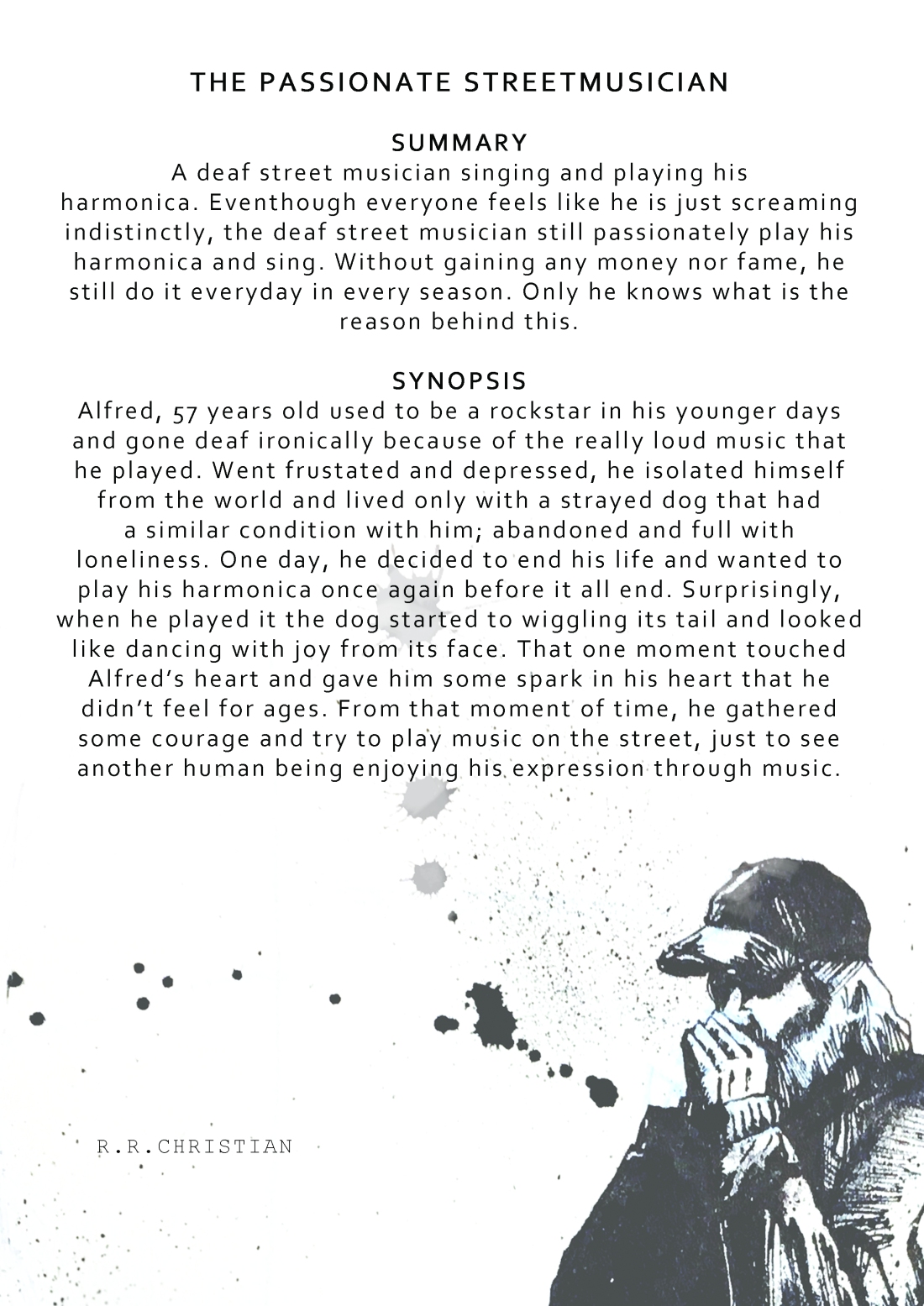 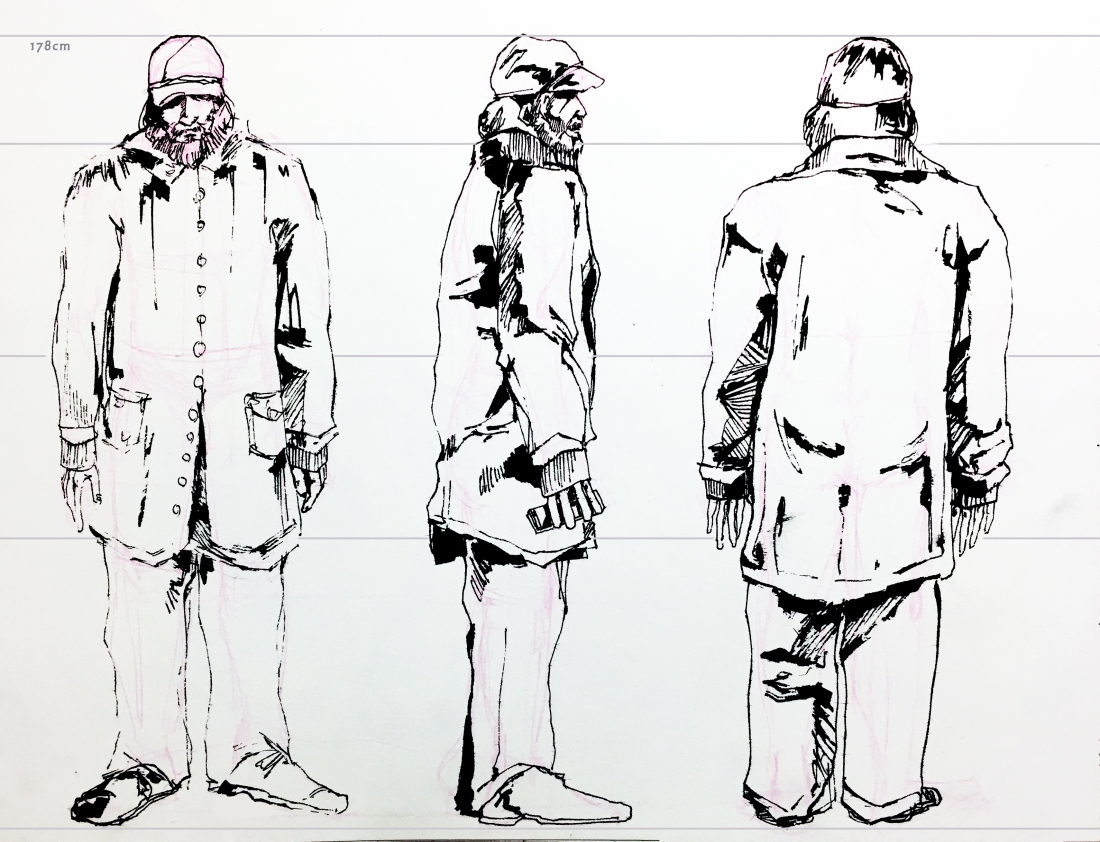 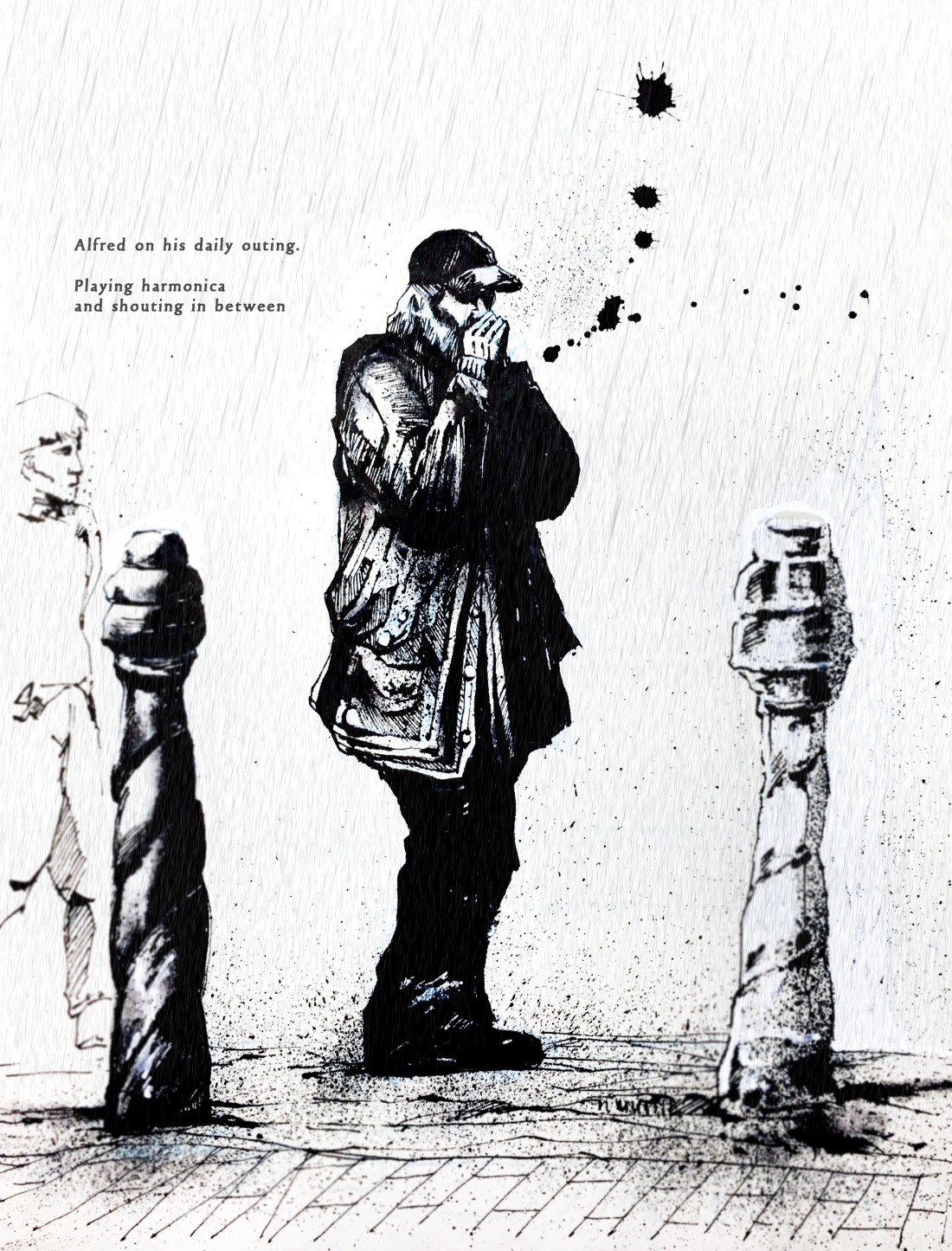 This is not final yet and i think there will be some changes as i’m still not satisfied with his appearance now.